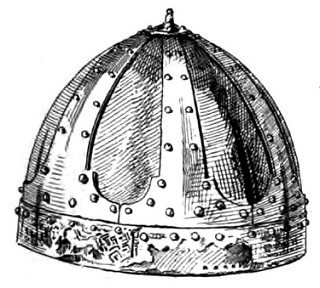 On Google+, Jeff Rients recently wondered whether he was feeling dissatisfaction with his hexcrawl procedure. I’m interested in comparing notes. How do you run wilderness exploration?

When I read procedures like the ones Justin Alexander recently posted on his blog, I realize that my own procedures are super simple in comparison.

Here are the basics:

With this in place, players will usually learn about a new location from NPCs, decide to travel there, have one or two random encounters on the way providing side-quests, other plot-hooks and adding to the wilderness. After exploring the dungeon or doing whatever needs doing, the party will travel back, sometimes picking a different path for their way back in order to learn something about the area they’re in.

Thus the actual procedure at the gaming table is simple:

If your procedure is more complicated, I’d love to know what you do and why you do it. Maybe it’s something I could add to my own procedure! 🙂

Personally I’ve not done any proper hex crawl style adventures since I was a kid, so I don’t have a procedure of my own.

I did notice this though: “When player characters enter a hex searching for a particular structure they will always find it.”

This is how I’m leaning towards handling secret doors these days. Players rarely search for them, and I feel it’s nice to reward it if they happen to look in the right place, whether by chance or by deduction.

That’s my approach to all thieving skills, bard skills, knowledge skills or whatever you want to call them. Unless there’s a very good reason to roll dice, I’d rather the characters know something or find something.

If you don’t run hex crawls, how does travel work in your campaigns? Is there a map with all the known locations on it, players point at their intended destinations and say “we go there” and you respond with “two weeks later, you finally reach the elven palace of Mirkwood?” Or do you have an abstract flow-chart like map that involves other locations to pass through—and potential encounters?

Well, the LL games I’ve run the last couple of years have involved very little overland travel – they were mostly centred around a huge city and a few surround areas. So, yeah, the few times the PCs went between places on a larger scale I just told them how long it took to get there and that was that.

As Claytonian JP and others said on Google+, humans can walk much further than five miles per day. Based on the d20 SRD Terrain and Overland Movement tables and the rumors you find on Google (such as the thread How far could the legions travel in a day where you’ll find people saying “the carolean army under normal circumstances marched between 20 and 30 kilometers a day with a days rest every other day, and they used the same means of transportation” ie. 6 to 10 miles per day or “Tacitus (or was it Iosephus Flavius? - I’m far away from my books) wrote, that the standard distance for a legionaire was 20,000 steps/day, […] the Roman pace or passus was 2 steps, total length of about 5 feet. Hence the mile is from millia passus or 1000 paces, 5000 feet” ie. 20 miles (on a Roman road).

As I said in the original post, however, it seems to me that the exact distances covered aren’t really necessary at the table. A day’s march is a day’s march and only the most basic logic needs to apply: how big of a detour would you take around a swamp of trackless forest? Will you save any time by not following the road? How much faster will you be by ship? How many hexes do you need to settle in order to build a castle?

There are a couple things I notice from your procedure:

(1) By using invariant movement rates, you are removing one of the major incentives my players have for investing in horses. I’ve found that horses can make for a lot of interesting gameplay ranging from the common (the security precautions necessary to make sure they don’t get eaten while waiting outside the dungeon) to the unique (over the past couple sessions I’ve had one player invest in a scheme by the Halfling Mafia run by another group of players to use illusion magic to disguise nags as high quality horses, which resulted in an entertaining sequence resulting from random tables in which a third player ended up buying three nags in a row from the same horse dealers)

In short, interesting trade-offs of encumbrance, expense, and logistics that I’ve found have interesting impacts on practical gameplay and interesting story outcomes.

(2) By limiting the number of potential encounters per day you are affecting the strategic/tactical balance of wilderness vs. dungeon gameplay. Probably not a big deal, but something to think about.

I make four checks per day, with cumulative odds of roughly 1/8, 1/8, ¹⁄₃₂, ¹⁄₃₂, ¹⁄₃₂, and ¹⁄₃₂. This totals a 38% chance of at least one encounter per day, which is not disparate from the 33% your 1/6 and 1/6 checks have. But I have a significantly higher chance of generating multiple encounters per day.

(None of which is to say “you’re wrong!”. I’m just answering your question about why I do things differently.)

@AlexSchroeder: I find the hexcrawl to be useful if exploration is the name of the game. If exploration isn’t the name of the game, then there’s generally a reliable map available that the PCs can base their travel plans on. This either takes the form of them planning their intended journey which I then prep with appropriate stops and scenery (either in detail or “montage”). Or it takes the form of a “flowchart” of decisions, although these are rarely preplanned.

Indeed, horses are a topic that I’ve been most frustrated with as a teenager playing AD&D 2nd ed and one or two years ago when I wanted to play a mounted archer using D&D 3.5. Taking care of horses always seemed like a chore. I’d be interested in giving it another try.

Currently, horses haven’t come up much. I guess this is due to two reasons:

Apparently horses are only faster if you can change them every so often and this is how the old communication networks did it: have manned stations along the roads where couriers can get fresh horses.

You are absolutely right regarding the number of encounters per day. The only fix I have is this: I roll for a few consecutive days of exploration and combine the results as I see fit. This mostly applies not when exploring the wilderness but when travelling from town to town or from town to dungeon and back.

Interesting that you make a distinction between making and using a map when travelling. I confess I used travel montages exclusively when I ran adventure paths or just strung modules together. As soon as I started running my sandbox, however, I’ve used my hexcrawl procedure to cover all travel.

I guess I would not use my hexcrawl procedure if the party was moving through an area that was 100% safe. I’m not sure such an area exists in the Wilderlands of High Fantasy. I suspect it does not.

Perhaps I’ll change my approach if my players are getting tired of the constant stream of random stuff they meet on the road. This is something I’ve done in my D&D 3.5 game once the party reached level eight and nine: I just described how they sometimes saw orcs or lizardfolk patrols fleeing them and skipped random encounters unless they were moving through areas controlled by giants, dragons or vampires. Absolutely something to consider if my current campaign ever makes it to the mid levels.

Just found a hex crawl exploration procedure by John Bell. It seems somewhat complicated for my taste. I like the feel of keeping landmarks in sight, the roles of timekeeper and quartermaster and and the easiest path being randomly determined.

The procedure’s actually pretty simple to run in practice. What makes it look complex is all the reminders to have people keep accurate records and to remember to ask the relevant questions. In play each chunk goes something like:

“Are we lost?” “No. You have the river on your right still.” “Where’s the path going?” “North.” “We’re going to head north at a normal march keeping the river on our right.” “K. Anybody want to talk with anybody else?” “Naw. Nothing’s changed since this morning.” “OK. You enter into a forest hex. You find some ... lizard scales... just before you stop for your noon rest. Looks like a shed skin.” “Do we see the lizards?” “Nope. You want to search the hex?” “No.” “K. You take a noon rest. Mark off a ration of food and water for everyone.”

It just looks complicated when written out.

Evan Elkins writes about his procedure for wilderness travel. It involves skill checks for the various tasks: guiding, scouting, camping, foraging. It’s a bit more involved than my system, to be honest. But I do feel the lure. 😀