Fight On! #13 will hopefully contain a dungeon level of mine. Hopefully it will get published soon. In the mean time, I’ve started to work on a new adventure called Susrael the Great. One of things you can learn is Bear Magic.

Yes, the fabled magic of bears! 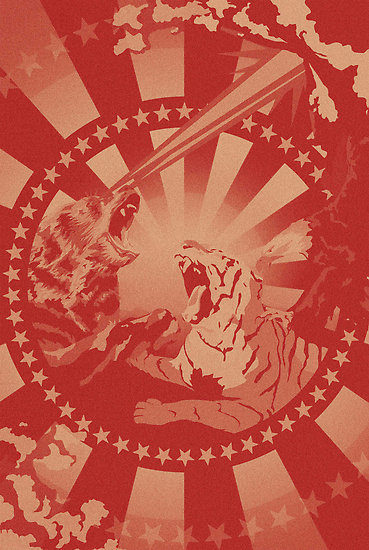 Bears that shoot laser beams out of their eyes? Awesome!

Question, though: what is a bar of bears? I thought a group of bears was a sloth of bears (a sleuth of bears is apparently a variation).

“Confused and angry” is of operative relevance here …

Adrian, I must confess I didn’t know the collective noun for bears! Too bad sleuth lacks the alliteration.

Reading Harald’s comment again, I now imagine Planet of the Bears, 1d6+2 coal miners hanging out at the local pub drinking met—a lot of it—and suddenly they’re pulled into a fight with hairless monkeys and find themselves in the possession of ninja flight powers.