So, I wrote a few posts about Dungeon World in the recent past and then I ran a game, last Monday!

How did it go? It went well. I had six players, a bit of a language split – three native English speakers and three native German speakers and two of them sometimes had trouble understanding some of the stuff on the character sheets. That was unfortunate. One of the players had been a backer and had both soft-cover and hard-cover books with him where as I just has some print-outs and the sheets by Maezar. I also offered my players to use the Freebooters of the Frontier sheets instead, but since nobody had a strong opinion about that and the backer didn’t know about Freebooters, I dropped it. I guess I still used some moves from Perilous Wild behind the screen and it was good.

What about prep? Prep was OK. I had a map, I had some ideas, I had some dangers and discoveries listed, two fronts, dooms, stuff was going to happen but for a 3h One Shot including character generation, I’d say I was slightly over-prepared in terms of map and settlements and slightly under-prepared when it came to dangers and discoveries. I should have had longer lists of cool stuff. I also started the game with the party in a swamp on the way to a barrow, the ranger posited that he had been following tracks, soon it was determined that there were smaller tracks following the larger tracks (announcing future badness) and soon we had a fight with six player characters vs. ten froglings. I think that fight could have been a shorter. Using ten enemies was a bit much.

What about feedback? The players said they liked it. At first, the lack of a turn structure might have been strange but I guess it worked. The two mostly German speaking players weren’t as active as they might have been, perhaps. But I know one of them from another campaign where he’s also not one to take center stage – and sadly, one prone to looking at his phone a lot, during the game. I didn’t feel too bad about him getting less spot light.

What about my own feelings regarding player agency? Tricky. Comparing it to my old school sandbox games, I’d say many things were similar or the procedures resulted in a similar experience for players.

Some pictures to illustrate my points. 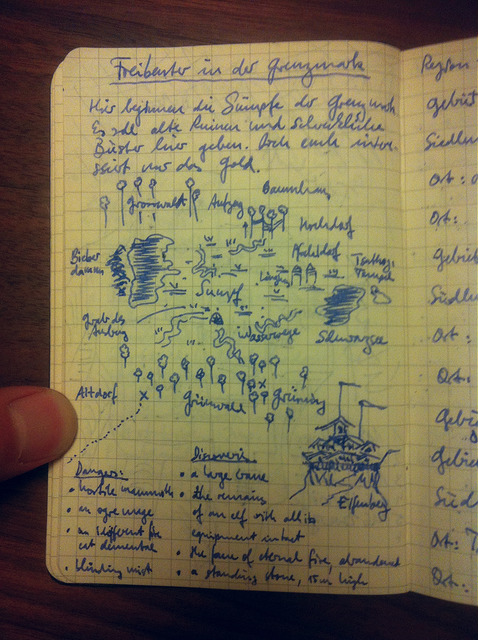 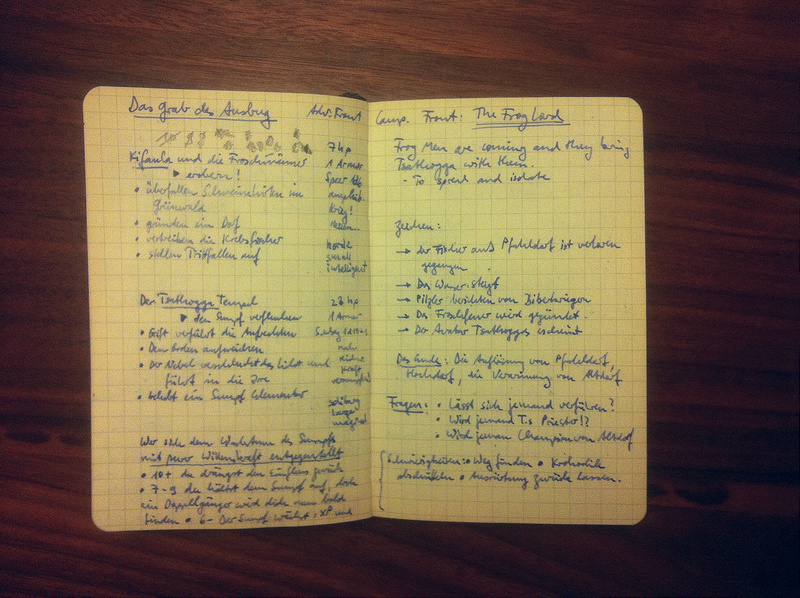 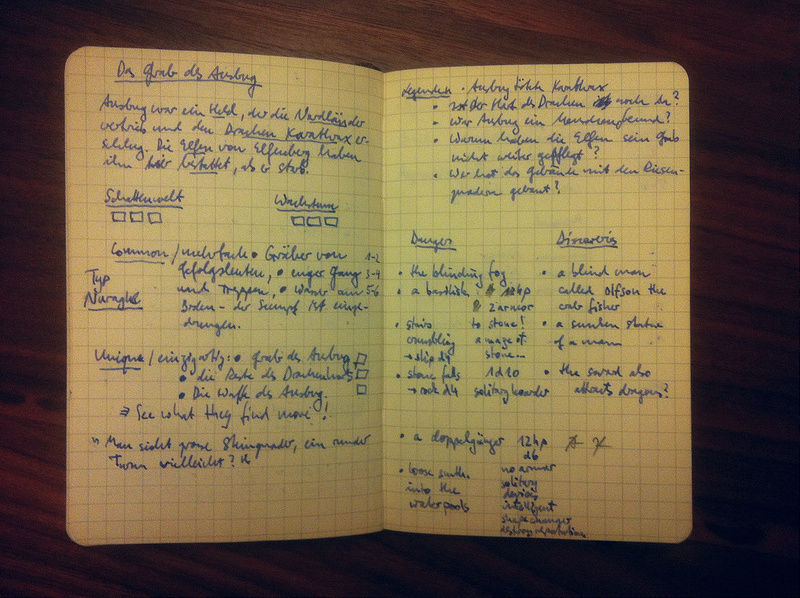 Also note the terrible mix of German and English in my notes. 😉