A few days ago I started wondering whether there was an efficient way to draw new face elements for my face generator on a tablet. I used the iPad, the Apple Pencil, and Procreate, started a new image based on the empty grid I always use, used a separate layer for every kind of element (one layer each for eyes, nose, ears, mouth, chin, hair, and extra), exported the image as a PSD file, used ImageMagick to get at the separate PNG layers, split the PNG layers into the various tiles, made sure the naming conventions were good to go, and here we are. 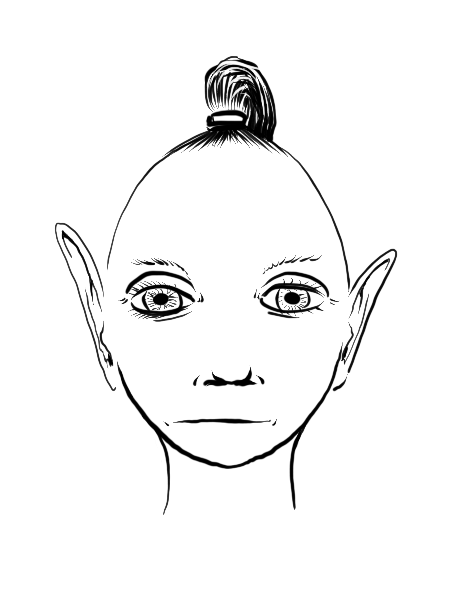 A few things to note: no effort at categorisation was made. For now, the generator mixes all the elements even if later the long ears will be used for elves only, for example. It’s just a first stab at things. I also feel that there ought to be no gender differences as far as eyes or mouth are concerned because I’m assuming no makeup (or equal use of makeup, I guess). I’d like to see how far I can get with sticking to just the chin and baldness as far as sexual dimorphism goes. I think it might work even though we’re pretty used to makeup and hairdo these days.

Anyway, this is the first time I’m seeing some random faces assembled from my PSD file. The proportions still seem to be off. What’s wrong with these heads. Too small, too round? Need more hair? Men need stronger jaws? Something is still wrong.

Feel free to use my template and give it a try!

If you do it, I’d love to get your PSD file to add to the web app. And I’m hoping you’re as willing as I am to dedicate it to the public domain. That makes it easier for everybody else to just use the generated faces for their character sheets, booklets, or whatever they’re doing.