Somebody asked me for a “uses this” page… The short answer is: I use Emacs.

But here’s the long version. Because I’m vain. 😆 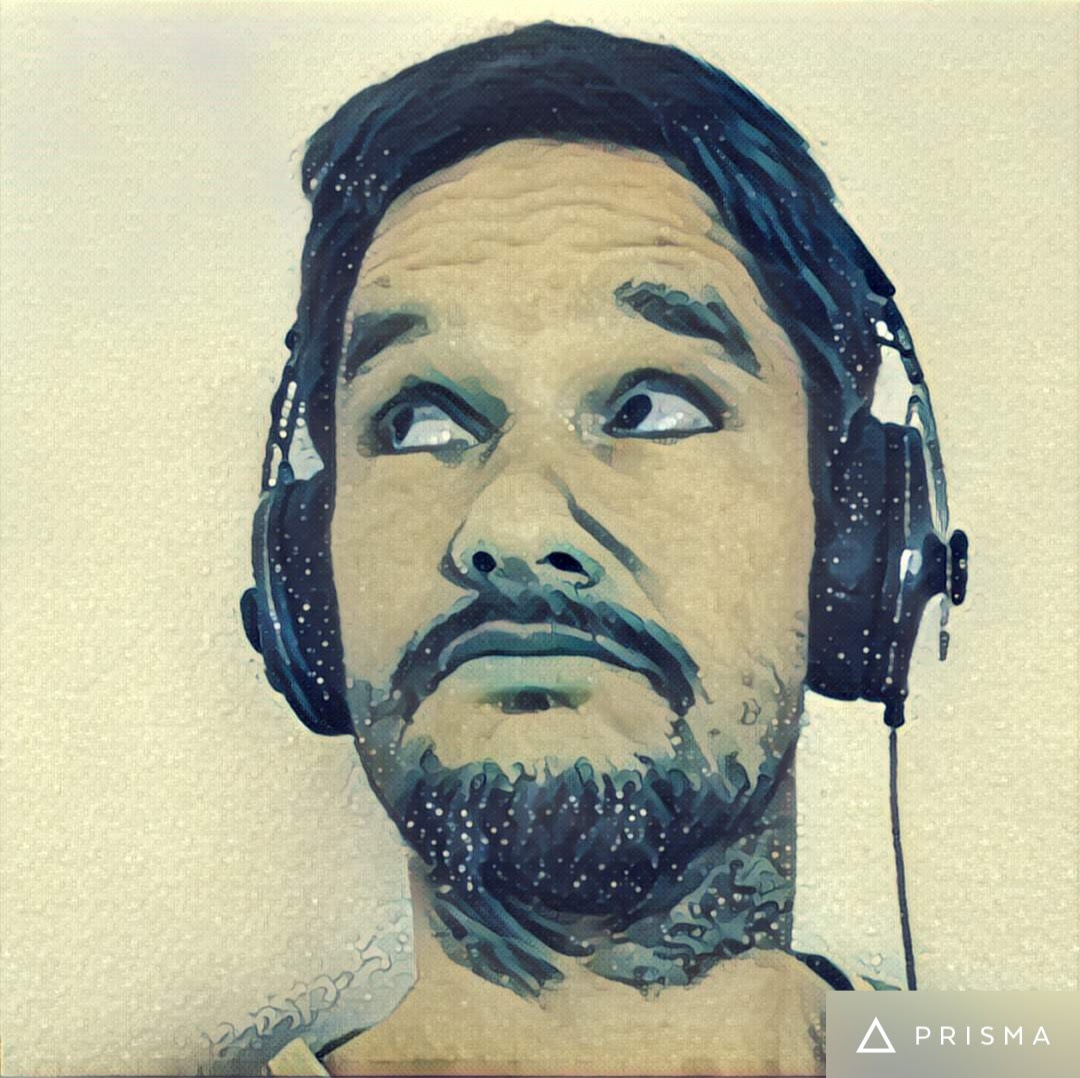 Who are you, and what do you do?

I’m a code monkey for a Swiss and German company. We do business software using Java and databases. It used to be mostly Oracle, these days it’s mostly PostgreSQL. This is still my first job. I’ve been doing it for more than twenty years. That is to say, the programming is boring, the tech isn’t exciting, and I’m old. But the part I love is switching projects, again and again. New team members, new project managers, new clients, new faces, new industries, I love that. I mean, it’s also a bit devoid of meaning, of course. In the grand scheme of things, who cares for car leasing, investment banking, furniture, call centers and credit cards? Nobody I love, that’s for sure.

And yet: I love to program. The world of programming is where I can make things. Like people tinkering with their cars, woodworking, knitting, sewing, playing music, baking, cooking, painting, I want to make things. Making things online comes easy to me and so I do it a lot. I only work a 60% job so that I have long weekends and long summer breaks, allowing me to follow my whim. One year it’s a local IRC server that acts as a gateway to Mastodon, the next year it’s a wiki using the Gemini protocol and markup as much as possible. I fall into projects in summer.

What hardware do you use?

I have a bunch of external keyboards (Atreus, Keyboardio Model 01, Touchstream, Ergo Kinesis) but I don’t use them. I got used to laptop keyboards. And if my hands hurt, I know that I should just stop, not switch keyboards.

I also don’t use a mouse. I use the trackpad. When I’m drawing, I use an Apple Pencil and the iPad Pro. I rarely draw.

When I make music, I use various emulators on the iPad Pro, or the OP-1 or PO-33 K.O! by teenage engineering. I rarely make music.

For my podcasting I started recording voice memos with my phone; later I bought a second hand Snowball by Blue.

When I’m in the office, I use a regular Sennheiser Momentum for headphones. No wireless. No noise cancelling. I tried some noise cancelling headphones earlier and felt like it surpressed the background noise but not the voices and what I hate about the open plan office is the voices of my coworkers. A long time ago I had Shure in-ears. True plugs. Maybe I should get some in-ears again.

The laptop runs PureOS, a Debian derivative. I picked a laptop that came with a Debian preinstalled. I hate installing software. I also dislike how out of date Debian can be, and I don’t like how they think the GNU manuals are not free, but overall, I still like package managers. Thank you so much!

In general, though, I’m not a operating system or distro hopping nerd. I used Slackware in the very old days and would not mind going back. I like to use Debian because I also use Debian on my server. My wife has an Apple laptop that I used for a long time, with Homebrew. Over the years I got angry about all the complications with iMovie, iTunes, iPhotos… it was difficult to get the stuff out again. The iTunes interface degraded over the years. Importing pictures into iPhotos led to crashes. It all started to feel like a thin veneer of sugar that was made to entrap me, and still didn’t deliver the stability I wanted. Instead I got mental models that didn’t fit the underlying models, if you know what I mean. The “events” and “playlists” cannot be found in the folders on disk, but the “rolls” are “importing events” and the “albums” are “folders” except when they’re “compilations”… Eventually I decided that I wanted to just use the filesystem again. Have files in folders. This I can understand. And on this level, Emacs can be used for practically everything.

Actual music playback is a command line tool like mpg321. When I look at PDFs, I use Evince because I find that Emacs’ document viewer mode is too slow. Or perhaps I just haven’t gotten used to it? Or is it the missing links? I don’t know. Maybe soon I’ll do without an external PDF viewer. 😁

When importing images from the iPhone, “Files” (is it still Nautilus? I have no idea) and whatever it invokes (gThumbs?) just work. It’s amazing that I don’t even know what this software is. Gnome something. It just works. This makes me happy.

When I’m organizing my images, I need a quick, keyboard driven user interface. Sadly, Emacs isn’t quick in this regard. I use Geeqie instead. The ability to use the ten digits for quick tagging is perfect. Go through the images and use 1 for album, 2 for delete, 3 for review, 4 for family, whatever, and then when you’re done, move the images around based on those temporary tags. ♥

When I’m editing my podcast, I use Audacity. I tried other programs, but most of the time their user interfaces are all tiny. I use a small laptop and I like big fonts and big icons. Audacity is the limit.

For graphics, I use Inkscape and Gimp (I hope to see Gimp replaced by Glimpse, soon!) – what a name. Yuck! It reminds me of that Quentin Tarantino movie and I hate Quentin Tarantino movies. On the iPad, the only app that I actually like using is Zen Brush 2. I somehow can’t get used to Procreate or Art Set or any of the other apps.

For making music, I use the iPad. The apps I like to use are PixiTracker (which is also available for other platforms), the iVCS3 emulator, the Model D emulator, the Animoog emulator, Synth One, and GarageBand (mostly for instruments like the Pipa, Erhu, Koto and Guzheng). I’d love to know more about music and must resist the temptation to buy more music making hardware without having taken full advantage of the things I already have. The temptations of capitalism…

The projects I work on in my spare time often use Perl 5. I sometimes try other languages: Python, Raku, Go, Scheme… but I always come back to Perl. Perhaps people just like to stick to their first language because that’s where their experience lies. You have made all the mistakes in the distant past and now everything comes naturally.

All the Perl projects I work on use the web as the universal user interface. I know, I know. I hate the web. It’s big and bloatet. And yet, the browser is the universal client. Huge, and bloated, and requiring a thousand engineers, I know. But none of the alternatives are great, either. I still haven’t written a GTK or Qt application, let alone something using X11, wxWidgets, or Tk. HTML and SVG it is, for me.

What would be your dream setup?

I have no idea. I want everything to just work, with no installation, and I love Emacs.

I’m fascinated by the Plan 9 concept of everything being a file, but at the same time, why can’t we have a system where everything is a file, and Emacs? Plan 9 has no Emacs. Emacs is like a universal Lisp machine: it provides a universal user interface to the underlying operating system and thus to the machine. It’s not perfect, yet. It often relies on tools that aren’t immediately available on Windows, for example – grep, find, sed – and you need external tools to play MP3 files and to edit their metadata.

Now that I use the Apple Pencil on the iPad Pro, I imagine how hard it is to draw on a traditional computer, even with a good tablet. And how would all of that work within Emacs? I would love to see all the Gimp stuff gobbled up by Emacs.

I am really digging the love for EMACS that everyone is pouring out at the moment!! It’s probably because of its new release. I really enjoyed this gemini post 🙂 ~VIDAK

Haha, yeah! Emacs is great. I love it, too. And Elpher and Emacs together... my favourite way to comment on my wiki!

Karl Voit sent me a message on Mastodon about the naming and tagging he does using Geeqie with the addition of a small number of nifty scripts. An interesting workflow! And I totally agree with him: file names and folder structure is the kind of metadata that lasts a lifetime. Everything else is tricky.