I’ve been seeing Patrick Breyer post every now and then, but this one caught my eye:

Majority of the European Parliament welcomes the Commission’s intention to oblige e-mail, messaging and chat providers to search all private messages for allegedly illegal material and report to the police (#chatcontrol) by 580:76:37. – @echo_pbreyer

Practically only the Greens-European Free Alliance (EFA) was clearly opposed, with 66:5 against. 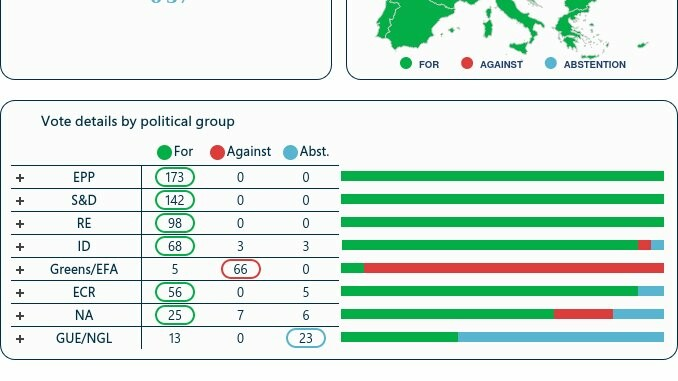 #chatcontrol will mean privatised #masssurveillance and the end of digital #secrecyofcorrespondence. It is not only inefficient but counter-productive, dangerous and causes severe collateral damage, including to children – @echo_pbreyer

OK, “it’s for the children” made me laugh.

There’s more on his web page, Messaging and Chat Control, subtitled The End of the Privacy of Digital Correspondence, including this nice graphic: 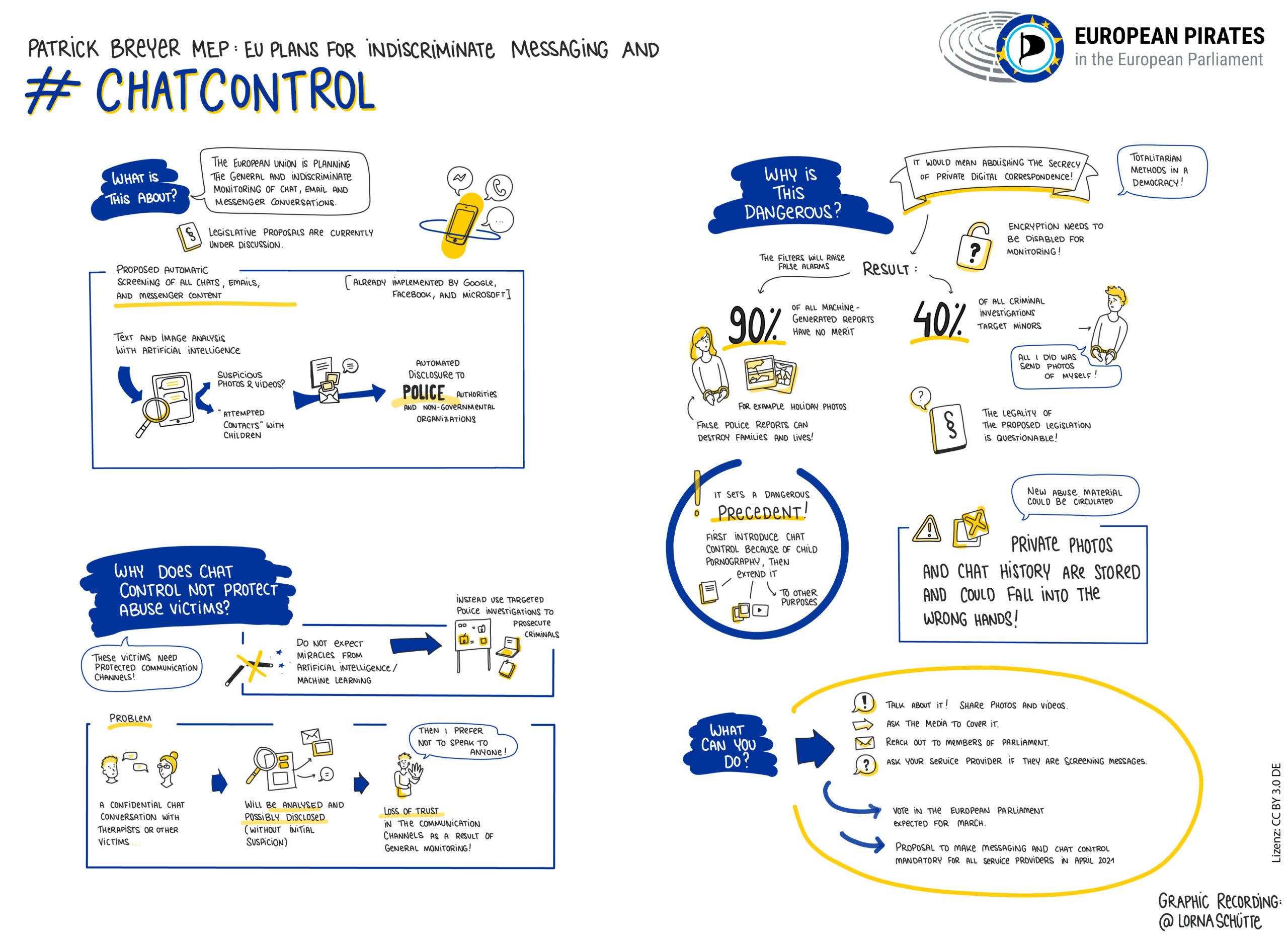 I think my number one take-away is that the only party that has our long term future firmly on the agenda are the Greens and the Pirates. Perhaps this is the biologist and software developer in me, I know.

You know I like history, and sometimes it’s hard for me to compare our situation to Iran, or China, or whatever present day tyranny you want to name. So let me compare this to the secret police in Austria-Hungary:

The Secret State Police was … tasked with domestic counterintelligence as well as the monitoring of political subversives and public opinion. However, at the insistence of the Archduke Joseph II, the force was to be conservative in its operations—particularly in the monitoring of mail—so as “not to damage the reputation of the post and civil freedom”. … The Secret State Police gathered its information through the monitoring of mail, the recruiting of domestic servants as informants, and the collection of information from the regular police.” ­– Geheime Staatspolizei, on Wikipedia

I think my second take-away is that encrypted chat will have to move away from centralized providers like Signal and Threema. We’re just now (barely) beginning to move people from Facebook Messenger and WhatsApp (also Facebook) towards better alternatives, and yet the new laws will target them as well. They will have to comply, even if the law is overturned a few years later by the courts.

@paoloredaelli asked: “What about the Secrecy of correspondence? It is one of the prerequisites of democracy.”

@echo_pbreyer replied: “It violates this fundamental right and will eventually be annulled in court, but it can take years during which the legislation is in place.”

So what’s next? Maybe I shall take another look at installing an XMPP server.

I’m a bit sceptical, this is not the end of their effort. If e2e encryption only allows two sides of the conversation to actually see it, then it means “they” need to outlaw it, but that also means that services in third country jurisdictions will not be affected? Or any e2e traffic will be blocked? Any port other than 80 will be banned?