The dark side of Copyright: Digital Restriction Management (DRM).

You know Cory Doctorow, and perhaps you’re following him on social media, or you’re following his blog. I do. Today, he’s commenting on how the Digital Milenium Copyright Act (DMCA) has been used to develop Digital Restrictions Management (DRM) which is being used to take away the rights you used to have by abusing section 1201 which it a felony to help people tamper with “access controls” that restrict copyrighted works.

Importantly, it doesn’t matter how simplistic the access control is. No matter how simple it is, if you enable people to tamper with it, you are committing a felony. Doctorow gives a few examples, and you probably experienced some yourself. I liked this one:

DMCA 1201 is how Apple and John Deere make it a felony for anyone except them to fix their products. They just design their devices so that after the repair is complete, you need an unlock code to get the system to recognize new parts. Bypassing the unlock code defeats an “access control” and is thus a literal crime.

Copyright is being abused and it needs reform. And not just in the USA: sadly, the US projects so much power both as a state and a collection of corporations, that other countries simply followed suit.

This is why Switzerland has article 39a in it’s copyright act. Paragraph 1 says that “effective technological measures for the protection of works and other protected subject-matter may not be circumvented.”

Paragraph 2 defines what these technical measures might be and paragraph 3 says that it is illegal “to manufacture, import, offer, transfer or otherwise distribute, rent, give for use, and advertise or possess for commercial purposes devices, products or components, or provide services” that enable “the circumvention of effective technological measures”.

Now here’s the kicker: Switzerland limits copyright in specific ways. For example, I can make copies of protected works for myself or my close friends and family. It is my right to this, but I can’t get the tools to do this because the tools cannot be given to me, as explained above.

That’s why I hate the copyright industry. These are the laws they have given us. And Switzerland is about to reform it, but not in a good way.

“effective technological measures for the protection of works and other protected subject-matter may not be circumvented” — isn’t this a tautology? I mean, if they can be circumvented, then obviously they are not effective?

Feel free to check the official text in German, French, or Italian.

Ant, Uber, and the true nature of money. An interesting article about fintech, unregulated banks, Saudi money, Uber, Prop 22 in California, the gig economy, the 1%, and more.

DRM's Dead Canary: How We Just Lost the Web, What We Learned from It, and What We Need to Do Next. How DRM is used to squash the competition, silence security researchers, make sure movie are only available in certain region, who gets to fix your car, who gets to supply the toner for your printer. And then the article pivots to the W3C, Encrypted Media Extensions (EME), and browsers.

And this is why I support the EFF: “EFF is suing the US government to overturn Section 1201 of the DMCA.”

There is a a report by εxodus listing of Android apps and the trackers found within and the permissions they require. Consider using a mobile website instead. Mastodon apps, for example: no trackers for Tusky, one tracker for Twidere, two trackers for Tootdon; but Amaroq isn’t listed because it’s iPhone only.

Why is that? Cory Doctorow links it back to DRM: “But iOS is DRM-locked and it’s a felony – punishable by a 5-year prison sentence and a $500,000 fine for a first offense in the USA under DMCA 1201, and similar provisions of Article 6 of the EUCD in France where Exodus is located – to distribute tools that bypass this DRM, even for the essential work of discovering whether billions of people are at risk due to covert spying from the platform.”

Cory Doctorow writes Three years after the W3C approved a DRM standard, it's no longer possible to make a functional indie browser, referring to the experiences of Samuel Maddock who writes The End of Indie Web Browsers: You Can (Not) Compete.

Yes, the EME standard can be implemented by anyone, but it’s moot when the requirement of a CDM says otherwise. … Ultimately, the best solution for society—rather than profits—is to drop DRM altogether. Given the unlikely chance of this happening, Google, Microsoft, and Apple should work to fix the web platform they’ve corrupted. 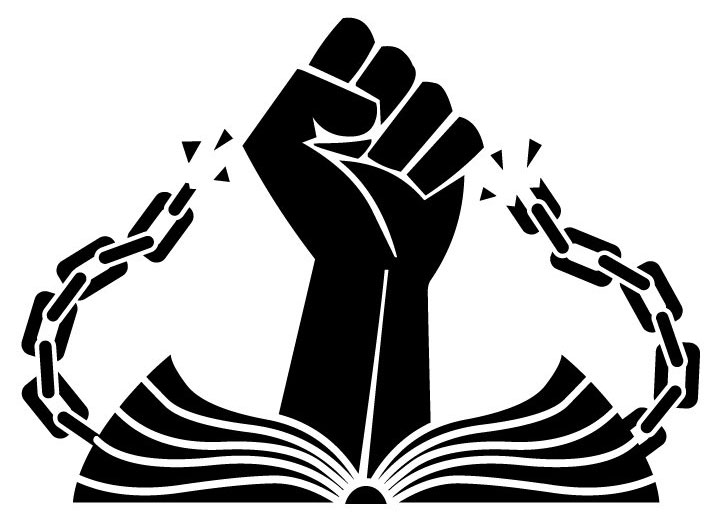 CC-BY-SA image by listentomyvoice
I just sent the following email to Andreas Gal, following a call by the Free Software Foundation, FSF condemns partnership between Mozilla and Adobe to support Digital Restrictions Management. Gal is the Chief Technology Officer at Mozilla and wrote Reconciling Mozilla’s Mission and W3C EME. In my email I also mention Mitchell Baker’s blog post DRM and the Challenge of Serving Users. If you’re wondering what Iceweasel is: It’s a rebranded Firefox by the Debian Project.

(I also fixed some typos in this copy.)

I recently learned of Mozilla’s decision to include DRM in their product. In the past, people have been switching from IE to Firefox. It was the obvious choice. These days people seem to be switching to Chrome. Apparently it is faster or whatever. I didn’t care very much, because I felt that Firefox was the obvious choice for users that valued their privacy and their freedom. None of my peers made the switch to Chrome because they wanted DRM. Those of us who stayed with Firefox, those of us who keep recommending Firefox to younger users, those of us who care about privacy and freedom, however—we might end up leaving. I’m not quite sure what I’ll choose instead. Perhaps it will simply be Iceweasel.

By choosing to cave in to the demands for DRM, Mozilla has become one of them instead of remaining one of us. It hurts! From what I’ve read online, Mozilla has tried to soften the blow, and I appreciate that. Nevertheless, DRM is a symbol of oppression instead of freedom. DRM is a symbol for disenfranchisement instead of empowerment. DRM is a symbol for big business streaming their content down to silent users instead of Remix Culture. Is this the future we want for ourselves? Even if a lot of people wanted this future, is this the future Mozilla wants? Instead, Mozilla could be the future it wanted to be. DRM takes away the rights we have as users and forces us to place our trust in companies that only think of our money. We must necessarily hope that in their mercy they will allow us to exercise our rights (Fair Use and similar regulations in other countries).

To illustrate this absurdity, I’d like to illustrate the situation here in Switzerland where I live. I have the explicit right to make copies of copyrighted works for myself and my close circle of friends and family. DRM prevents me from exercising this right. In order to exercise my right, I need to use software that removes DRM, and this is legal in Switzerland. Advertising for such software, however, is illegal. What were they thinking? I don’t know. All I know is that DRM is degrading. It tramples my rights and requires me to dabble with the Dark Side. That’s not the future I want to be!

All of the above doesn’t even touch the issues around Free Software and proprietary DRM blobs. Yuck!

I’m not sure if there’s a good way out of this situation. In Mitchell Baker’s blog post she said that each user “will be able to decide whether to activate the DRM implementation or to leave it off and not watch DRM-controlled content.” Perhaps a good first step would be simply distribute two versions of Firefox: Firefox and Firefox+DRM. The unfortunate symbol would still stand. The separation would have benefits, however: The separation would make sure that the separation remains a simple one on the source level. It would make life easier for people repackaging Firefox as totally free software. I’m thinking of Iceweasel, obviously. It would make it easier to ditch DRM later. It would assure us that the sandbox wasn’t even there if we didn’t want it. Less code to maintain, less code to review, less bugs to fix, for those of us that don’t care about DRM. It would also allow you to discover whether 30% of the traffic also corresponds to 30% of the users. Who knows whether that is true?

Anyway, I’m hoping to see Mozilla leave at least a foot and hopefully all of its feet in the free software camp. I’d love to see Mozilla take steps to make a change in course at a later date easy to implement. Pack the flexibility to change the stance on DRM into the source code, don’t just make it a setting.

Lucky at least one of the biggest web browsers is open source!

CoryDoctorow talks about DRM in the music business, and Apple's iPod in particular.

More evidence from the owners admitting that DRM is not even conducive to their business. They will say less about their “customers” interests, but they’ll admit the rights of customers are being trampled, too.